On Saying ‘Just’ Too Often 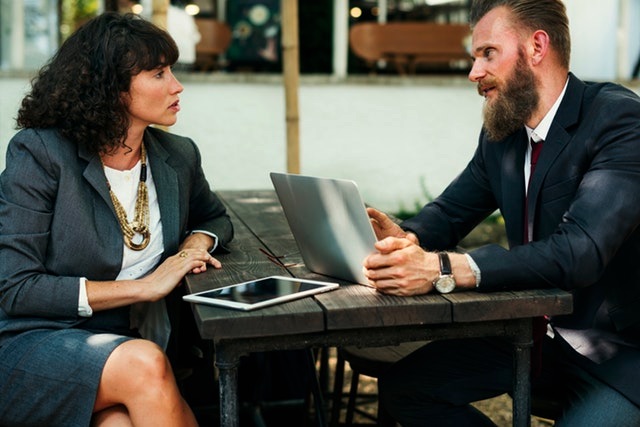 A few weeks ago one of the participants in our Sponsorship Program forwarded us an article titled ‘Just’ Say No [1] and asked for our opinion on the frequent use of ‘just’ by women, the different way females make requests compared to males and whether the difference is really a bad thing or not? We thought we’d share our thoughts with you on this topic which has really stirred up a lot of great debate amongst both women and men.

It seemed I was hearing “just” three to four times more frequently from women than from men. It hit me that there was something about the word I didn’t like. It was a “permission” word, in a way — a warm-up to a request, an apology for interrupting, a shy knock on a door before asking “Can I get something I need from you?”

The article argues that the use of ‘just’ by women sends a subtle message of subordination or deference to the recipient. But is it actually advantageous to female leaders by having a more subtle and less offensive or direct approach or is it putting us in a submissive place?

Natalie and Katriina put our thinking caps on and here’s how we responded to the challenge!

Katriina: ‘My first thought was that many women communicate very effectively with others as they tend to have high(er) social awareness and emotional intelligence; so in conversations women tend to be thinking about the other person / their audience and how best to read and influence the situation and instinctively modify their language situationally. I believe that authenticity is really important and when women behave authentically I find that it is a more powerful form of communication than changing yourself to try to behave like a ‘leader’ should.

Further in most Western countries the dominant stereotype of what makes a good ‘leader’ is hugely gender biased to male dominant traits; and so many Western expectations of an effective communication styles are also biased towards males. So my initial reaction to the article was ‘so what if women say ‘just’ a lot, just let them’…

“I believe that authenticity is really important and when women behave authentically I find that it is a more powerful form of communication than changing yourself to try to behave like a ‘leader’ should.”

However, on deeper reflection (and a little bit of counting my own ‘justs’ and when I used them) I can also see that all too often women use language and behaviour to minimize their impact as an act of deference as the article mentioned. Just recently I was invited to present to an executive leadership team at their ELT meeting, when I arrived there wasn’t a spare chair around the boardroom table for me. The only other woman in the room, who was a senior HR leader, stood up and went to sit on a chair at the back of the room leaving all the men at the table (and no one stopped her!).  Classic deferential behaviour in action even in this day and age.

So I have to agree, when I hear the word ‘just’ in a request it does give off a whiff of deference,  ‘do you mind if I just get a copy that P&L report...’.  In this context, I’m not a fan of ‘just’ and think we should all think about how and where we use it, but I’m also not going to get hung up on changing my style dramatically! Natalie: ‘My thoughts echo that of Katriina. I would add a few more things based on what I observed in my research within the construction sector. My research is reflective of broader academic literature from the UK and USA, that said, there will always be exceptions. Let me say from the outset that the academic literature is not supportive of the claim that men and women are hard wired to communicate differently. Rather, I would see that these types of hedging behaviours (‘just’, ‘if I may’, ‘if it is ok’ etc.) are learned and in response to the environment.

“Women are judged by a different set of social norms to men, even in construction. In other words, being an assertive leader often sits in conflict with being a ‘lady’ or woman.”

I support Kat’s comment that in most Western countries leadership/management has traditionally been linked to maleness and masculinity. Additionally, in construction, I found that to be considered a ‘good leader’ or someone who might be considered ‘management material’ a person had to demonstrate masculine behaviours associated with dominance and authority. That’s not to say people walked around all the time being assertive, commanding and confident, but people were expected to ‘turn on’ these behaviours when required. For men in male dominated environments, ‘turning on’ these behaviours rarely raise an eyebrow. (It’s expected). For women on the other hand, it is tricky. Women are judged by a different set of social norms to men, even in construction. In other words, being an assertive leader often sits in conflict with being a ‘lady’ or woman.

In my research I found two things happened that I would argue caused women to use hedging words and behave a little more timidly.

Firstly, my data showed women were often treated by men (and other women) as if they were not legitimate members of the team. For instance, not being invited to critical meetings, infantilised (called ‘young’ or ‘girl’), and asked to do housekeeping chores. I remember in my research (in 2015…not long ago) I went to a meeting where a very senior man in the business was going to announce his retirement to the construction team and introduce his replacement, who happened to be a woman. No one in the meeting knew what the meeting had been called for, nor had they ever met this particular woman. Yet as we sat down in our seats and waited for the meeting to commence, a 20 something project engineer looked over at this woman (the replacement) and asked her, ‘Did you bring the biscuits?’ She looked at him puzzled and the meeting started. I suspect the project engineer thought being a woman, she must have been from HR (they had booked the meeting) or an administrator of sorts on hand to give him a biccy with his tea, not a senior manager. This was not an isolated experience.

Secondly, if women performed assertively like their male peers, or stated their claim as a leader, they were often met with resistance and even punished for behaving in this way. Then again, if women did not act confidently and assertively, they were reported as ‘not up to the task’ of leading men. I would argue that women in male dominated environments often walk a tight rope between adhering to the gendered management norms and adhering to social gender norms. I suspect the use of hedging words such as ‘just’ and behaving with excessive politeness e.g. knocking, giving up a seat at the table etc, are all behaviours associated with tight rope walking. The other thing to remember here is that research shows in male dominated environments, men are generally supported more informally in their careers. Men are more likely to be sponsored by other men, have strong strategic alliances and networks of support. For women, they are tight rope walking often without a net.

To hedge or not to hedge, that is the question. I agree with Kat, being conscious of the context when hedging words are used is important. I think be curious and playful about when you use hedging words. It might be an interesting reflection exercise and could shine a light on where you perceive your strengths and weakness are and where you have support or need greater support and what you feel entitled to or not.

“It is easy to say – be more assertive, don’t use hedging words etc. but this approach does little to address why women feel they need to perform these behaviours. I would be more inclined to address men’s entitlement to management positions and the resistance towards women acting assertively, owning their seat at the table, and having a voice.”

I cringe as I write this but looking back to my own construction career I can see I hedged quite a bit. Particularly in dealings with senior male leaders. Interestingly though, when I think about my sporting career as an Olympic athlete, I never hedged. I knew what the end goal was. The pathway ahead. I was coached and supported. Most importantly, no one questioned my ‘right’ to be competing.

It is easy to say – be more assertive, don’t use hedging words etc. but this approach does little to address why women feel they need to perform these behaviours. I would be more inclined to address men’s entitlement to management positions and the resistance towards women acting assertively, owning their seat at the table, and having a voice. What is lacking from this article is the need to call out these practices of sexism rather than placing the spotlight wholly on women and their behaviour. Equally, as Kat noted, there is a need to discuss why we persist in valuing masculine management styles. Surely, a diversity of management styles brings greater benefits for all.

PrevPrevious PostGet it right this financial year!
Next PostIndustry competitors partner to create visible career pathways for our childrenNext