Is bravery the best leadership trait? 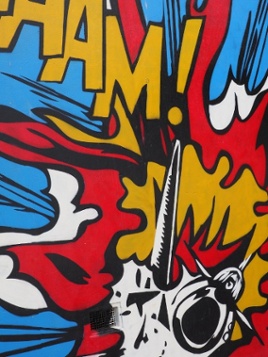 The wonderful Margie Warrell (http://margiewarrell.com) released her book called “Brave – 50 everyday acts of courage to thrive in work, love, and life”. We caught up at a leadership event where Margie was talking about being brave and how it manifests in every part of our lives.

It got me thinking. It’s something we were told when we’re afraid of an outcome. It’s deemed a noble trait to have bravery and valour, but so many of us would prefer to bury our heads in the sand and hope the moment passes.

I used to run leadership and organisational development https://www.a-ha.com.au/expertise programs in my previous role and would often use Martin Seligman’s, ViA Survey of Character Strengths online survey tool. The tool would ask a series of questions and spit out a report that ranked 24 character strengths according to your responses. I used the tool to help leaders better understand what motivated them to get up out of bed each day and come to work. To learn what they could personally draw on to lift them up in situations where they felt like giving up.

One of the 24 strengths is bravery and valour. It was always interesting when debriefing the results with teams how much emphasis was placed on this one character trait. The guys typically saw it as a very masculine trait and one that allowed them to puff their chests out and walk a bit taller. For the women who also had the trait, they felt it as a badge of honour because they would stand up for themselves and others.

These folks would often talk about how they would lean in to a situation and tackle it head on; sitting back was not an option. There was a great sense of pride for those who embodied bravery and they immediately identified with it on a number of levels; professional and personal. When those with bravery spoke in the room, others listened.

For a leader to demonstrate bravery brings great rewards to many around them. Their team feels secure that the leader will support them in every effort possible, while doing it with a sense of authenticity and genuineness. It’s as if this one character strength out of 24 had the highest ranking over others.

For the rest of people in the room, they would fall in to one of three groups:

Remember that bravery is one of 24 strengths and yet so many people placed enormous emphasis on it over others. We need to be careful when assessing talent potential that one strength is not over-emphasised. An over-used strength can even become a weakness in the wrong circumstances…

We all know we need to be brave in certain situations but how do you push through it when your brain is telling to run away?  If you’re looking to boost your bravery, here are some tips.

So if you fall in to one of the three groups above, try to challenge yourself and learn from it.

Better yet, buy Margie’s book to learn more about the intricacies of leaning in to bravery in your work, love, and life.

PrevPrevious PostSustainable diversity strategy or annual celebration? Keeping diversity alive all year round, not just in March and April.
Next PostStrong change management is the key to unlocking successful unconscious bias programsNext