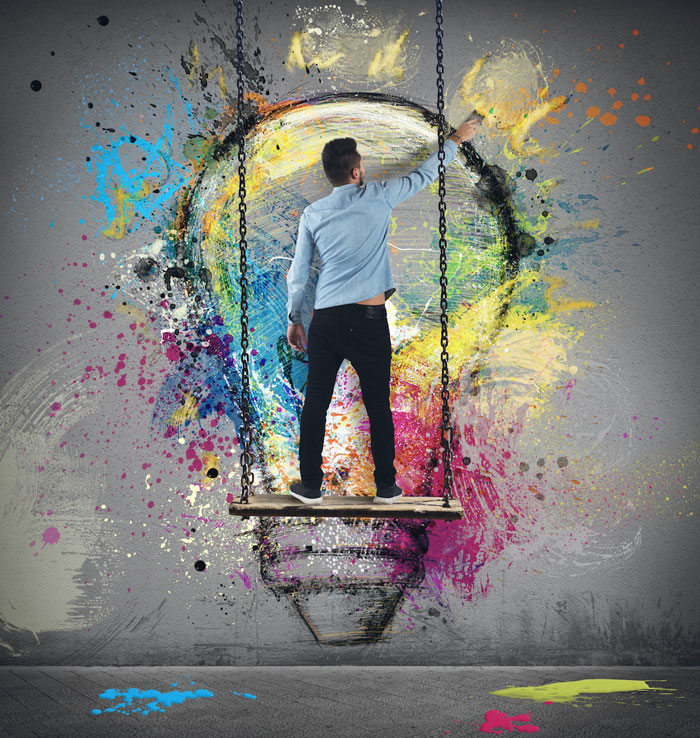 In Part Two of the A-HA! Leadership Series, we meet The Strategist. Convinced of their own ability yet surrounded only by people who love them.

This is the second blog in a six part Leadership Series which draws on Centre for Workplace Leadership ‘Bad Bosses’ videos. In Part One we met The Perfectionist. Let’s see how they compare… Ever worked with a leader who was purely strategic and hated the tactical? Where everything said is future focused, optimistic, imaginative, and usually oriented towards a common goal? I’m almost certain that we’ve all worked with a strategist at some point in time and often wondered where they get their energy from, and why don’t they like detail? A strategist doesn’t like the detail because it can constrain an idea from being delivered.

Strategists like to believe that everyone shares the same views as them when it comes to setting course on a project and/or organisational strategy. So when something is said that doesn’t quite fit the vernacular, the strategist leader will often be completely dumbfounded that such a thing would be said. Heaven forbid that someone doesn’t quite ‘get it’.

Strategists are great fun to be around due to their upbeat nature; they’re the life of the party and people gravitate towards them. They’re the ones you need on your change projects to engage your stakeholder groups because they’re great storytellers; particularly on future focused plans. I’ve heard many great strategist leaders talk with such charisma and energy about change, that it fires up the excitement and anticipation in others.

Generally, people love being around the strategist because of this great quality. Most people enjoy being around someone who is optimistic, charming, and connects key business concepts quickly. So many people want to be like the strategist. At the very least, we want the strategist to notice us and allow us to be part of their posse. But when it comes to delivering on the strategy, the strategist will already have a bevy of people waiting in the wings ready to assist them so that they don’t have to do it.

The strategist loves future thinking and loathes the delivery. They’re quite clever because not only will they plan optimistically for the deliverable; they will also build alternative options in the event the project becomes too difficult or boring. They’ll have a pre-defined exit strategy built in so that they can eject themselves if it all gets too hard or boring. When it does get boring, the strategist will more than likely already be considering their next exciting thing to move onto, potentially leaving the team to finish the job. Unfortunately it also means that the strategist is famous for starting projects and not finishing them. But because they’re excellent talkers they can get themselves out of most situations.

Why do I know this?

I used to work for a brilliant strategist who I was desperate to prove myself in front of. I was a willing follower. She was magnificent in my eyes and could do no wrong. She sold strategies to me with ease; like candy to a child, I gobbled it all up. I would put my hand up for every project she talked about. I wanted to be just like her. It wasn’t until later, I realised just how blindsided I had been. Was it clever or cunning? I had become a strategy/delivery machine that would churn out PowerPoint deck after PowerPoint deck turning her ideas in to action.

Now that I am running A Human Agency with Katriina, I realise that strategy alone doesn’t get you to where you need/want to be. There are many more skills and capabilities needed to be commercial, realistic, and pragmatic when you’re leading and implementing on a strategy. I’ll always be in awe of my previous strategic leader; she truly is outstanding woman whom I learned a lot from.

5 tips for working with the strategist:

They love their freedom – Try not to overwhelm a strategist by giving them too much data or too many rules. Nothing upsets a strategist more than too many rules. Keep it light, but still targeted on outcomes.
They move quickly – Boredom is a big factor for strategists. If projects are taking too long to get off the ground, they’re bound to fly the coup. Define roles and responsibilities so that everyone knows the expectations. A strategist will only hover across the top of a project (generally, unless they have perfectionist tendencies).
They’re convinced of their own excellence – Typically strategists believe their idea is the best. Since we don’t want to offend the strategist, ask inquiry based questions to ensure the solid thinking has been done (e.g. where have you seen this work well previously? what is the single biggest outcome?)
Give everything a go, but not in detail – Strategists can be highly intuitive and see how things work from just a tiny glimpse. So don’t be offended if they don’t give you the warts and all experience.
Strategists can be assertive – They’re very strong willed and because they know the destination, can become assertive in the process if slowed down or annoyed. It’s never meant as a personal attack so rest assured that any assertion is caused by their own internal need not being met. They’ll just take it out on you.

Do you have a strategist boss? Share your experiences with us.

Want coaching on this? Chat to us about our A-HA! coaches.

Our next Learning Lab will be held on Wednesday 28 October from 12noon to 2pm, on the Power of Coaching. Register now to join in.